The High Court in Nairobi has ruled that four police officers and a civilian charged with the murder of lawyer Willie Kimani, his client josephat Mwenda and taxi driver Joseph Muiruri have a case to answer,

Justice Jessie Lessit made the ruling on Monday morning.

“After considering the evidence, I have come to a conclusion that the prosecution has established a prima facie case against all of the accused, and therefore place all them on their defence,” Justice Jessit Lessit ruled.

The five Fredrick Leliman, Stephen Cheburet, Sylvia Wanjiku and Leonard Mwangi civilian Peter Ngugi will now be place on their defence and are expected to present their witnesses.

Lawyer Willie Kimani together with his client Josephat Mwenda and taxi driver Joseph Muiruri were murdered and their decomposing bodies found in a river at Oldonyo Sabuk one week after their disappearance in 2016.

The prosecution produced 46 witnesses who detailed the events that led to the deaths of the three and the ultimate dumping of their bodies in a river. 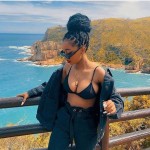